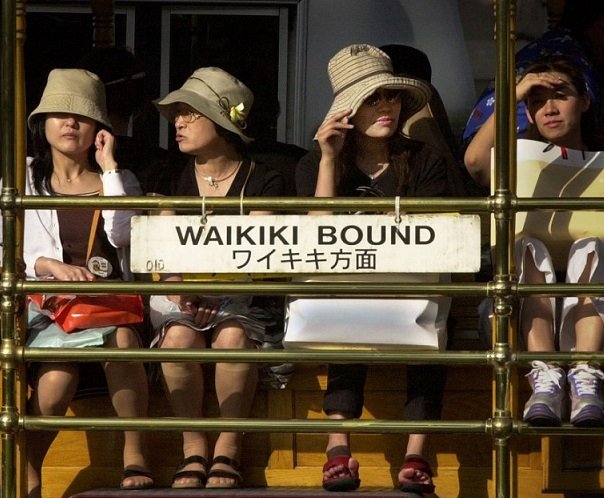 The Governor announced that this step that has been reached with the pretravel testing program allows Japanese visitors to safely travel to Hawaii. These travelers will be able to avoid the 14-day quarantine with negative testing prior to travel within 72 hours of departure through approved partners.

Right now, there are 21 trusted testing partners in Japan that will begin testing on November 3. The main objective is to have partners in the areas where the airlines will begin flying from.

All Nippon Airlines, Hawaiian Airlines, and Japan Airlines will soon be touching down on Oahu starting as early as November 6.

Hito Noguchi, Station Manager at Daniel K. Inouye International Airport for All Nippon Airways, said they are looking forward to the resumption of travel between the 2 nations.

The Senior Vice President of Marketing for Hawaiian Airlines, Avi Mannis, said the relationship between Hawaii and Japan goes beyond travel and tourism. He said Hawaiian Airlines will be increasing flights starting in mid-November between Oahu and Japan and are working on adding neighbor islands flights from Japan in the future.

Hiroshi Kuroda, Regional Manager of Japan Airlines, explained that there is a mandatory 14-day quarantine measure for those returning to Japan. Therefore, it may take a while for numbers to return, however, the pre-travel testing program should provide peace of mind for a safe and secure travel experience and provide for more travel.

Governor Ige said it is understood that it won’t be an avalanche of Japanese visitors coming to Hawaii to start, but the number of Japan visitors will eventually build over time. For travel from Hawaii and the rest of the United States to Japan, travelers are subject to a 14-day quarantine upon arrival.

This same kind of safe travel program is in the works for other countries as well including Canada, South Korea, Taiwan, New Zealand, and Australia. The state is also working on the development of Japanese and Korean language website information.

Governor Ige said the Japanese government has done a remarkable job of containing the COVID-19 pandemic in their country, and he is grateful that they are making their work available to Hawaii. He added that everyone appreciates the close relationship Hawaii and Japan have had for such a long time and that Hawaii is one of the most preferred travel destinations for Japanese travelers.

House Speaker Scott Saiki, Chair of the Hawaii Japan Friendship Association, explained that it was Governor John Burns who built the foundation for the special relationship between Hawaii and Japan back in 1970. Japan and Hawaii were the first two countries to work government to government in order to establish a pre-travel testing program. The eagerness to resume this travel relationship was evident when after only 5 days of the Hawaii Government submitting its pre-travel testing program, the Japan Government came back with an approval to proceed.

Lieutenant Governor Josh Green said Hawaii is using a gold standard test for Japan, the same as what is being used for the mainland. He attributed the resumption of travel due to Hawaii’s successful response in lowering its COVID-19 numbers. This was achieved by following all the processes laid out by the Governor to contain the virus. He added that it has been amazing to hear stories of the joy of relatives who will be coming from Japan to reunite with families in Hawaii.

The President and CEO of the Hawaii Tourism Authority, John De Fries, was perhaps the most powerful speaker of the day. He said this is a celebration between 2 island nations to resume trans-Pacific travel between Hawaii and Japan. He was quite adamant when he said that while we welcome this news, we understand the priority for safety and health as priorities.

He stated that the Governor’s proclamation of mask wearing is not a guideline – it is the law of the land.  He observed for himself over the weekend the number of people not wearing masks and was shocked by how many are ignoring this necessity.  He said everyone within the state needs to get a handle on this immediately.

When asked if tourists walking around without masks is arrogance or ignorance, he replied that it is likely a combination of both. He said what we are doing here is trying to alter human behavior. He confirmed that there is pre-arrival as well as post-arrival education along with increased signage at airports, but it will come down to everyone taking a stand. De Fries again stated that there is a perception that the wearing of masks is simply a guideline, that we are only asking people to wear a mask, but it is the law of the land and enforcement will make this happen, citing this will be a critical step in making this happen.

De Fries added that the Japan traveler historically has been respectful and mindful of Hawaii’s local ways and traditions and that HTA is looking forward to this sky bridge between the two island nations. As to how much money will reopening travel with Japan inject into the Hawaii economy, he cited the example of the recent cancellation of the Honolulu Marathon which usually brings in a lot of Japanese visitors. With so many unknown factors such as this, he said it would be premature to make projections right now.

The Hawaii Governor said as the virus rages in the United States, Hawaii is working hard to improve its COVID-19 response. The state continues to remind its travel partners that Hawaii has a low infection rate, and today, was the third lowest in terms of COVID-19 numbers in the United States.