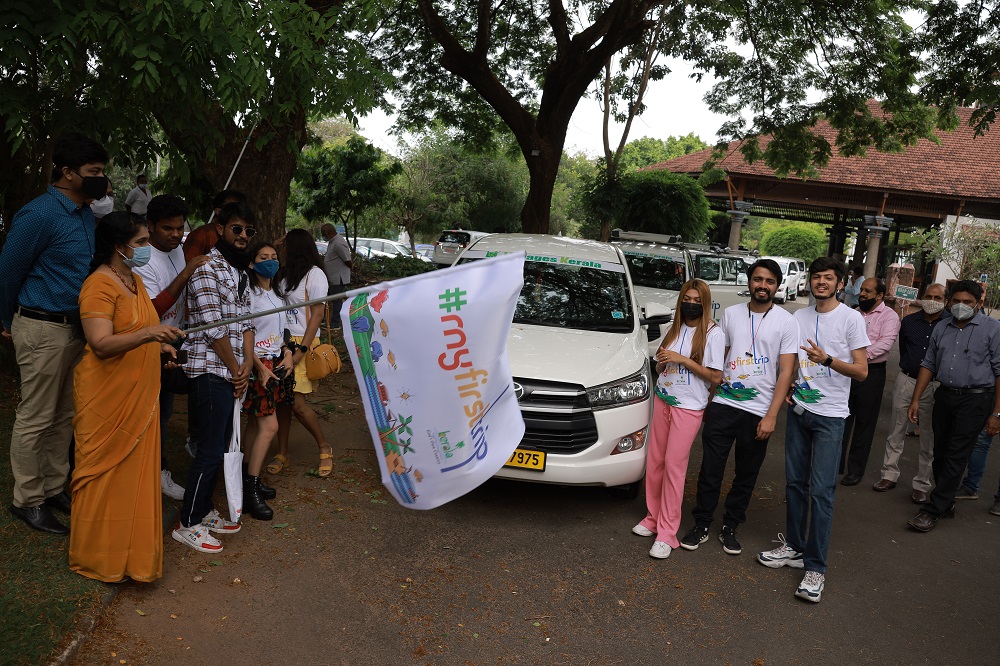 Kerala Tourism has launched a pioneering travel initiative led by ten influencers from around the country who will carry out a new-media campaign to attract domestic tourists in the post-Covid era.

Rani George, principal secretary of tourism in Kerala flagged off the Kerala Blog Express, titled ‘My First Trip 2021’, which is slated to conclude on 29 March.

The influencers will tread different itineraries for six nights and five days, facilitating production of exclusive contents for Kerala Tourism. The images, videos and literature generated by them will be shared on social-media platforms as #MyFirstTrip.  They will announce to the world that destinations in God’s Own Country continue to be open for tourists.

“The trip will give the participants a chance to not just visit the famous tourist destinations in Kerala, but experience the cuisine, culture, art and other popular activities around,” George said.

“Tourism industry was struck by the pandemic and Kerala was no exception. Gradually, we learned to live on with Covid-19. We started to see visitors coming to Kerala from November-December 2020. Now, these vloggers can also spread the word to the world that Kerala is safer to explore since Covid-19 cases are on the decline in the state. So, people would understand the situation,” she added.

While the previous editions of the Kerala Blog Express had only international bloggers and social media influencers, My First Trip 2021 has only domestic influencers and aims to provide additional impetus to the current domestic marketing initiatives of Kerala.

‘My First Trip’ will take the influencers on a trip across various destinations in 10 specially branded cars, stipulating to the pandemic protocol in mind. The participants will follow five different itineraries around the state. The destinations include the Jadayu Earth Center at Chadayamangalam in Kollam district, Thumboormuzhi Garden near Chalakudy in Thrissur district, Vazhachal, Athirapally waterfalls near it and the Malakkapara hill-station in the area.

The travellers will also experience village life at Munroe Island (Kollam) and nature walk along the bird sanctuary in Kumarakom (Kottayam) and a houseboat cruise there, besides visits to the Muziris Heritage project sites north of Kochi and a town walk through coastal Alappuzha. Other highlights are visits to the Punnamada lake, Marari beach, boating in the Periyar lake, Tea Museum in Idukki district, the dams at Kundala and Mattupetti and water sports at Cherai northwest of Kochi.