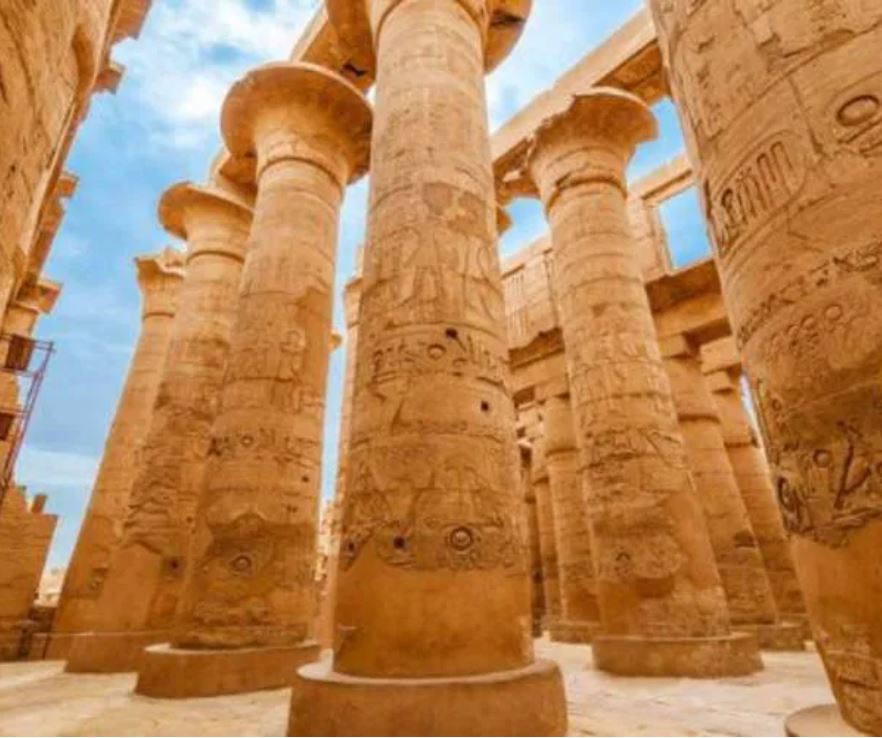 Luxor is a famous tourist location in Egypt, known for its oldest and most ancient Egyptian sites. If you ever decide to visit Upper Egypt and discover Luxor and Aswan, we have curated a list of the places you cannot miss when you are in the beautiful and ancient city of Luxor.

Even though the pandemic has minimized our adventures throughout the world, we must always keep an eye open to discover the wonders this world has to offer and plan our next possible journey to explore, while of course, staying safe and keeping our distances.

1. Valley of the Queens

Initially a burial ground for the royal Queens of ancient Egypt, this valley holds over 90 tombs and is open for visitors from around the world. The first ever tomb known to be built in the valley was that of Princess Ahmose, daughter of King Seqenenre and Queen Sitdjehuti. Even though the construction and entrance are not very impressive; rocky and scattered with stone, it is certainly worth taking a closer look at. The best of all tombs in the Valley of the Queens is the tomb of Nefertari, beautifully decorated with paintings on the wall describing Nefertiti’s life and her husband.

2. Valley of the Kings

Much like the Valley of the Queens, you will find the Valley of the Kings; built to hold the tombs of Pharaohs, such as Tutankhamun, Ramses II and more. The valley is found on the Nile west bank near Luxor and is evidence of preparations for the next world.

The tombs contain all the goods a Pharaoh might need in the next world, such as treasures, furniture, clothes and even pets have been found buried nearby. Even though there are over 60 tombs that have been discovered, archaeologists have confirmed that there is at least one late Ramesside Pharaoh’s tomb that is still undiscovered, alongside other possible discoveries lying in the same area.

Medinat Habi is Ramses III’s memorial temple and it is considered one of the most underrated sites. Madinat Habu holds temples, storage rooms, workshops, a royal palace and more. It was once the center of the economic life of Thebes for centuries. The temple is of orthodox design and is 150m long. With well preserved walls and massive mudbrick enclosure surroundings, it resembles the nearby mortuary temple of Ramesses II.

Part of the Theban Necropolis, the Deir el-Bahari is a complex of mortuary temples and tombs. The first ever monument to be built at this site is the Mentuhotep II of the 11th Dynasty and during the 18th Dynasty, Amenhotep I and Hatshepsut were also built at the site.

Deir el-Bahari is one of the most distinctive temples in all of Egypt, due to its design and decorations and so you can’t possibly miss it. The temple was built to contain the achievements of Queen Hatshepsut and work as a funerary temple for her.

The tomb of the young Pharaoh Tutankhamun is found in the Valley of the Kings, discovered in 1922. The tomb is home to Tutankhamun’s mummy, model boats, statues, gold jewelry, chariots and more. It was one of the most important discoveries in the history of archaeology. The tomb took eight years to empty due to the state of the tomb and its contents have all been transported to the Egyptian Museum in Cairo, but alas, the place where it all began is still magnificent to visit and take a look at.

The architectural site is an interior space with a roof that rests on pillars and columns, creating a magnificent structure that seems like it would go on forever. The word ‘Hypostyle’ literally means ‘under pillars’ and its design allows for construction of large spaces such as temples and palaces without the need for arches. It contains 134 giant sandstone columns and is considered a colossal forest that after 3300 years, remain substantially intact to this day.

The Luxor temple was believed that it may have been a place where many Pharaohs were crowned. It’s found in the east bank of the Nile River in Luxor and was constructed in around 1400 BCE. Luxor temple is one of the primary cult’s temple, alongside the Karnak temple.

The Luxor temple is dedicated to the rejuvenation of kingships. You can also find the chapels built by Amenhotep III in the rear of the temple. During the Roman period, a chapel inside the temple was dedicated to the goddess Mut and was later transformed into a Tetrarchy cult chapel, then finally into a church.

Holding a mix of decayed temples, chapels, pylons and more, the construction of the complex began during the reign of Senusret I and continued into the Ptolemaic period. Karnak temple was considered the main place of worship of the 18th Dynasty with the God Amun as its head.

Karnak temple also happened to be a treasury, administrative center and palace for the New Kingdom pharaohs. With different purposes than the Luxor temple, they were both primary cult temples. Many of the Pharaohs contributed significant additions to the temple, such as Hatshepsut, Tuthmose III and Ramesses II. The complex is divided into 3 compounds, but while the precinct of Amun is the largest, it is most of the time considered enough for visitors as it’s quite a complicated layout.

Even though there are many more amazing places to visit in Luxor, you couldn’t possibly enjoy the full experience of this amazing city in a day or two. Make sure to make the most of your stay in Luxor; a most precious inheritance of Ancient Egypt. Stay safe during your stay and discover the beauty and history of Ancient Egypt in Luxor and while you’re at it, in Aswan, as well.